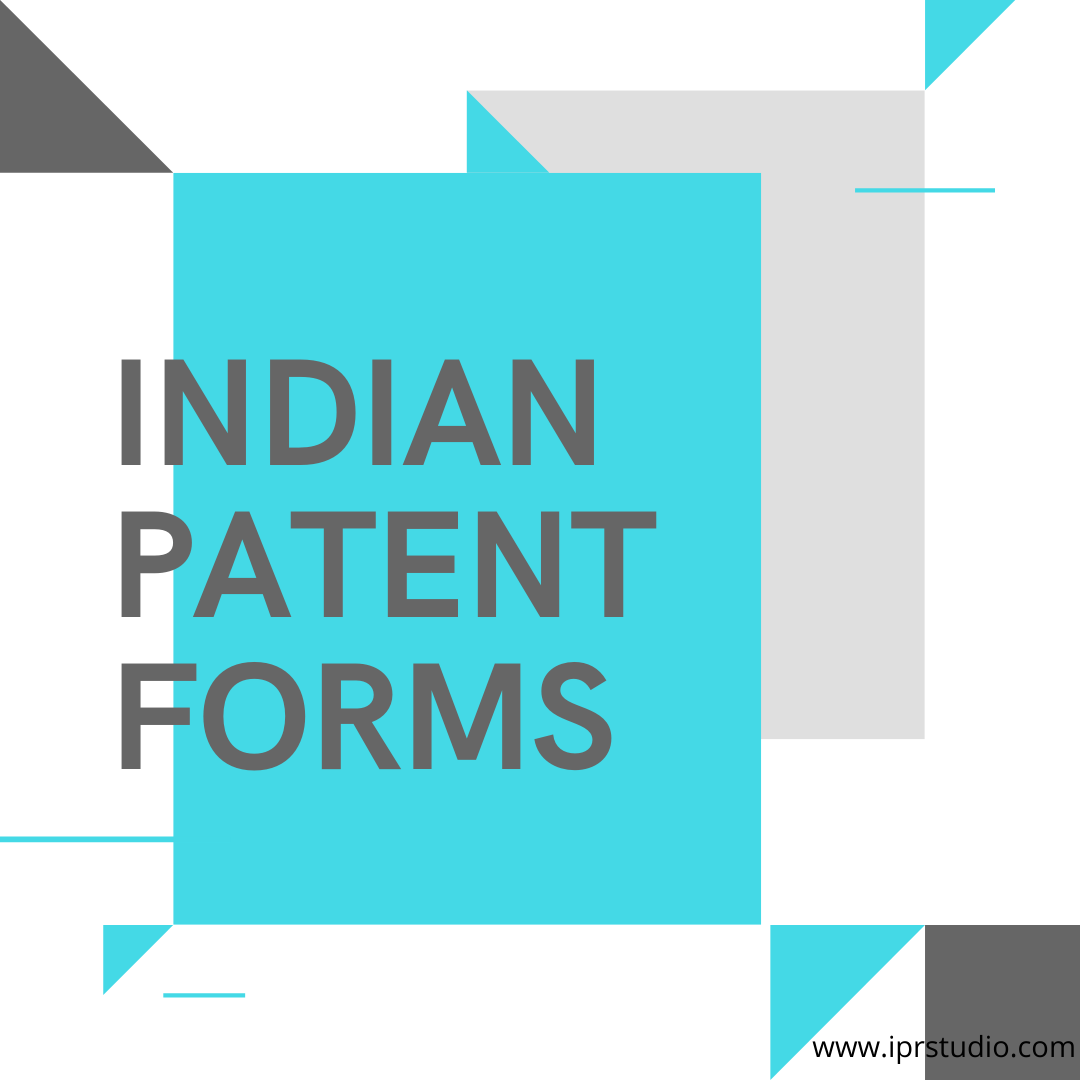 Let’s discuss different patent forms available at the Indian Patent Office and purpose of each form.

Application for Grant of Patent: Form -01

Form 1 is an application form for a patent submitted by an applicant filing before the Indian Patent Office (IPO).

Form 2 furnishes the patent specification or the description of the patent application filed before the Indian Patent Office (IPO).

Preamble describing the provisional patent application in the first page of Form 2:  “The following specification describes the invention”

Preamble describing the non provisional patent application in the first page of Form 2:  “The following specification particularly describes the invention and the manner in which it is to be performed”

Statement and Undertaking Under Section 8: Form -03

Form 3 is a declaration submitted by the Inventor(s) to the Indian Patent Office (IPO) furnishing all the information/actions relating to patent applications filed in other countries for the present instant invention.

In particular, the Inventor(s) provides application number and other details in form 3 of the corresponding applications for patents filed outside India.

Moreover, Form 3 also contains an undertaking that the Inventor will inform the Indian patent Office in writing the details regarding corresponding applications for patents filed outside India within six months if he files any such application.

Request for Extension of Time: Form- 04

Declaration as to Inventorship: Form -05

Form 5 contains the name of the Inventor and a declaration by the inventor that the inventor(s) is the true and first inventor of the subject matter sought to be protected using the current patent application.

Claim or Request Regarding any Change in Applicant for Patent: Form 06

Form 6 furnishes a request to the controller regarding changes in applicant(s) for current patent application.

In particular,  Form 6 is used for providing details such as, names of the applicant (s) to be added or removed, names of original applicants and reason for the change, among other details that are to be entered.

Further, Form 6 may also be used to add or remove an applicant from an Indian national phase application where a change in applicant has occurred after the international filing date.

Form 7 can be filed by any person interested having the opinion that his rights have been infringed and he wants to file an opposition to a patent filed by an Inventor can give notice of opposition to the Controller of Patents.

In particluar, any person interested has to mention the grounds of opposition a particular patent.

Further, the notice of opposition is filed at any time after the grant of patent but before the expiry of a period of one year from the date of publication of the grant of a patent filed.

Representation for Opposition to Grant of Patent: Form 07A

Form 7A is filed within six months from the date of publication of the application u/s 11A or before the grant of a patent by any person interested having the opinion that his rights have been infringed and he wants to file an opposition to a patent filed by an Inventor.

Form 7A is filed for Pre grant opposition.

Claim or Request Regarding Mention of Inventor as Such in a Patent: Form -08

Form 8 is filed by the applicant to add or remove an inventor in the patent application under section 28 of the Indian Patent Act.

Form 9 is filed by the applicant for the publication of the patent specification of the filed patent application by the Indian Patent Office after 18 months from the priority date or date of filing whichever is the earliest.

Patent applications are published within 1 month after expiry of the statutory period of 18 months.

In case of a request for an early publication, the application is published within 1 month from the date of request.

Application for Amendment of Patent: Form -10

Form 10 is used by the person to whom the patent is granted for amending particulars in the Patent Application. The application for amendment is made along with substantiating evidence.

Application for Direction of The Controller: Form -11

Form 11 is submitted in order to request any directions under section 51(1) or 51(2) to the Controller’s office.

Form 12 is filed by an applicant to request for grant patent under section 26(1) & 52(2) grant of a patent to the true and first inventor, where it has been obtained by another in fraud of him.

Form 13 is submitted by the applicant who wants to amend the application for patent/ complete specification/any document related thereto submitted while filing the Patent Application.

Form 14 is submitted by the applicant or any person interested to provide a notice of opposition to amendment/restoration/ surrender of patent/grant of compulsory licence or revision of terms thereof or to the correction of clerical errors.

Application for Restoration of Patent: Form- 15

Form 15 is filed within 18 months from the date of lapse of a patent for the restoration of the patent when the patent has ceased to have an effect due to non- payment of renewal fees within the prescribed time.

The Application is accompanied with a statement highlighting the circumstances which led to failure to pay the prescribed fee.

Application for Restoration of Title/Interest: Form -16

Form 16 is filed by a person/party who wants to register a title or interest in a patent or share in it or registration of any document purporting to affect proprietorship of the patent even if they are no the inventor.

Form 17 is filed before the controller of the patents by any person interested in applying for the grant of compulsory licence of a Patent after the expiry of 3 yrs from the date of grant of patent.

In particular, the compulsory licence is granted on the following three grounds:

Request/Express Request for Examination of Application for Patent: Form -18

Form 18 can be filed by applicant or any interested person within 48 months from the priority date or filing date whichever is at the earliest request for examination of the application for patent.

Request For Expedited Examination Of Application For Patent: Form -18A

Form 18 can be filed by applicant or any interested person requesting expedited examination of the patent application for a patent under rule 24C.

Application for Revocation of a Patent for Non-Working: Form -19

Form 19 is to be filed by the central government or any interested person who wish to revoke the patent before the expiry of the term for certain reasons of non-working.

Such application is made only after the expiry of 2 years from the date of grant of such patent.

Application for Revision of Terms And Conditions of License: Form -20

Form 20 is filed by a licensee who is granted with a licence by the controller and now wishes to Revise the terms of this Licence as he is unable to work with the previous terms of Licence.

Form 21 is submitted by a patentee or any person interested who wishes to terminate a Compulsory licence issued by the controller and is the original owner of the patent and wants the compulsory licence Terminated for specific purposes.

Form 22 is submitted by a person who wishes to register themselves as Patent agents.

Application for The Registration of Name in The Register of Patent

Form 23 is submitted by a person whose name is removed from the Register of patent agents for reasons under Section 130 or rule 116 and who wishes to restore their name in the register after such issue has been solved.

Form 24 is to be filed by the applicant/ opponent/ party who is aggrieved by the Controller’s decision in order to review or set aside such order within 1 month from the date of communication of such decision.

Request for Permission for Making Patent Application Outside: Form -25

Form 25 enables an inventor, resident of India who wishes to file a patent directly outside India without filing in India to request permission from the patent office.

Authorization of a Patent Agent in a Matter or Proceeding Under The Act: Form -26

Form 26 grants authorization to a Patent agent for representing the applicant in the Patent office in the matters or proceedings carried out under the Indian Patent Act.

Statement Regarding the Working of the Patented Invention on Commercial Scale in India: Form -27

Form 27 furnishes statement of working of the patent in India along with relevant information submitted by patentees and licensees in a Statement Regarding the Working of the Patented Invention in India.

To Be Submitted By Small Entity / Startup: Form -28

Request For Withdrawal Of The Application For Patent: Form -29

Form 29 enables the applicant to withdraw the patent application or withdraw Request for examination before the issuance of the examination report. In particular, 90% examination fee shall be refunded.

To Be Used When No Other Form Is Prescribed: Form -30

Form 30 is used when no other form Is Prescribed.

Fees Schedule by IPO for filing the patent forms 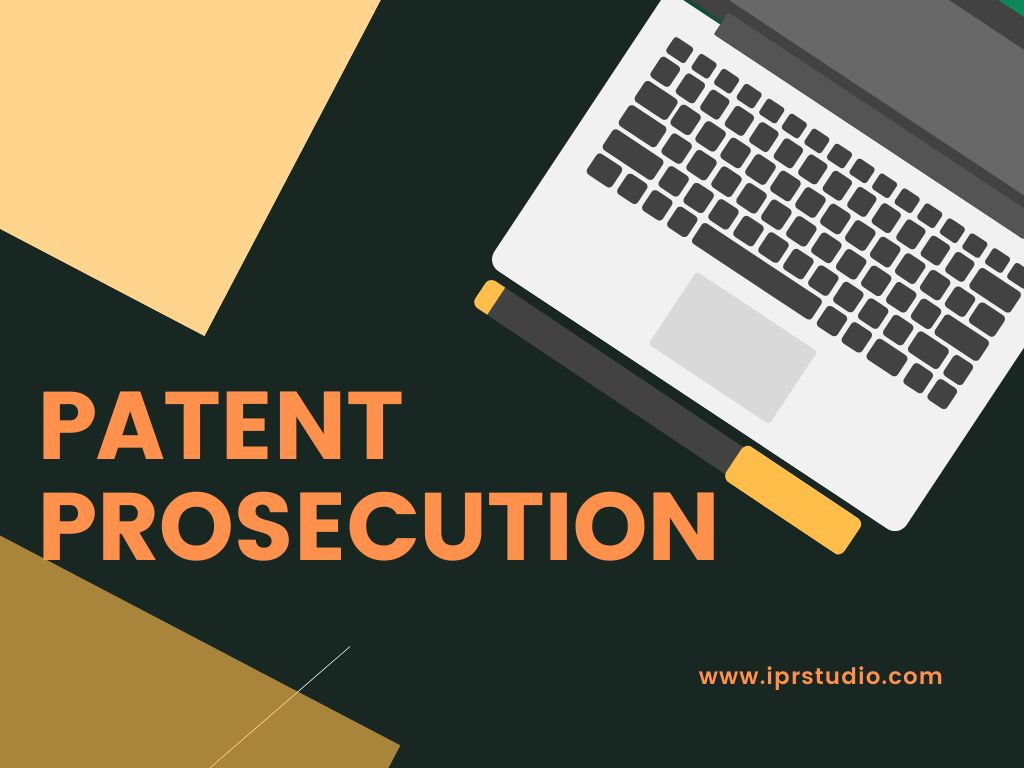 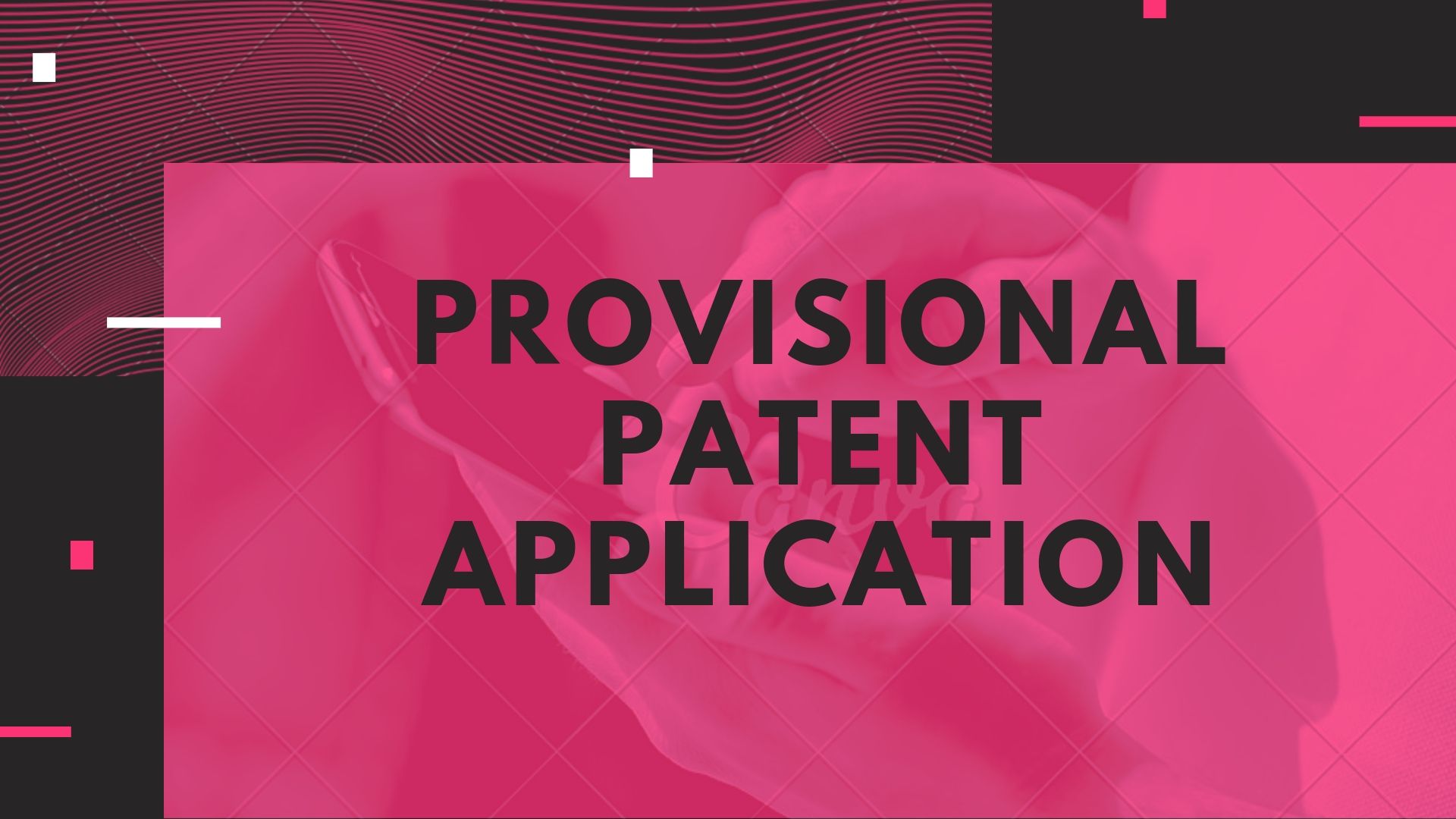 As per the patent law, a provisional application is a legal document filed in the Indian Patent Office or any other patent office to establish an early filing date and allows the inventor to file a patent application without a formal patent claim, oath or declaration, or any information disclosure (prior art) statement.

In simple words, a Provisional Application is a temporary, quick, inexpensive application filed before the Patent Office, to claim a “Priority Date” when an invention is not complete in all aspects and which can be claimed in a later-filed nonprovisional application.

A complete application/Non-provisional Application needs to be filed within 12 months or else the application will be treated as abandoned.